What is the definition of Diskitis?

Diskitis is swelling (inflammation) and irritation of the space between the bones of the spine (intervertebral disk space).

What are the alternative names for Diskitis?

What are the causes for Diskitis?

Diskitis is an uncommon condition. It is usually seen in children younger than 10 years and in adults around 50 years of age. Men are more affected than women.

Disks in the neck and low back are most commonly affected.

What are the symptoms for Diskitis?

Symptoms may include any of the following:

What are the current treatments for Diskitis?

The goal is to treat the cause of the inflammation or infection and reduce pain. Treatment may involve any of the following:

What is the outlook (prognosis) for Diskitis?

Children with an infection should fully recover after treatment. In rare cases, chronic back pain persists.

In cases of autoimmune disease, the outcome depends on the underlying condition. These are often chronic illnesses that need long-term medical care.

What are the possible complications for Diskitis?

When should I contact a medical professional for Diskitis?

Call your provider if your child has back pain that does not go away, or problems with standing and walking that seem unusual for the child's age. 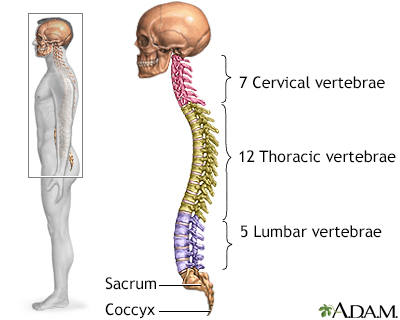 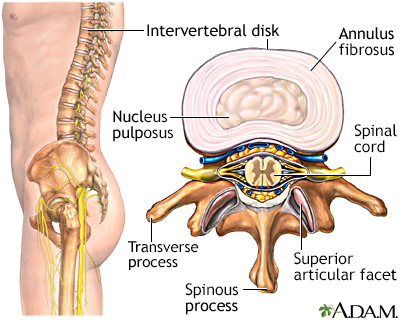