What is the definition of Adult-Onset Vitelliform Macular Dystrophy?

Adult-onset vitelliform macular dystrophy (AVMD) is an eye disorder that can cause progressive vision loss. AVMD affects an area of the retina called the macula, which is responsible for sharp central vision. The condition causes a fatty yellow pigment to accumulate in cells underlying the macula, e ...

What are the alternative names for Adult-Onset Vitelliform Macular Dystrophy?

What are the causes for Adult-Onset Vitelliform Macular Dystrophy?

Historically, adult-onset vitelliform macular dystrophy (AVMD) was defined as a genetic disorder; however, recent studies have concluded that only a minority of cases have an identified genetic cause, suggesting that there might be other underlying causes of environmental origin, genetic origin, or a mix of genetics and environment (multifactorial).  More studies are needed to better define other underlying causes that might be present, whether of genetic or environmental origin.

Currently known genetic causes include mutations in the PRPH2, BEST1, IMPG1, and IMPG2 genes. It is additionally suspected that AVMD might be associated with a single-nucleotide polymorphism (variant DNA sequence) in the HTRA1 gene. Single-nucleotide polymorphisms in the HTRA1 gene are additionally associated with age-related macular degeneration.

What are the symptoms for Adult-Onset Vitelliform Macular Dystrophy?

Signs and symptoms of adult-onset vitelliform macular dystrophy typically begin during mid-adulthood, in the fourth or fifth decade of life. At the time of diagnosis, mild blurring or mildly distorted vision may be present. In most cases, the cells underlying the macula become more damaged over time, which can cause slowly progressive vision loss. The condition is usually affects both eyes. It usually does not affect peripheral vision or the ability to see at night.

Studies have revealed much variability in the signs, symptoms and progression of this condition. Some people with AVMD do not have any visual symptoms throughout their life. Others may experience ongoing visual loss, but for most people the vision loss is not severe. In general, the long-term outlook (prognosis) is usually good, but loss of central visual function is possible.

What are the current treatments for Adult-Onset Vitelliform Macular Dystrophy?

There is no cure or known treatment to stop the progression of adult-onset vitelliform macular dystrophy. Management usually includes a comprehensive eye examination once or twice a year to monitor progression of the disease and for complications such as choroidal neovascularization (CNV).

CNV is sometimes associated with adult-onset vitelliform macular dystrophy because macular degeneration can damage the retinal layers. When this happens, the vascular layer of the eye between the sclera and the retina known as the choroid may produce new blood vessels (neovascularization) which grow up through the damaged layers and leak or bleed into the retina. This can cause vision loss on its own. If CNV does develop, anti-VEGF therapy such as Ranibizumab or Bevacizumab can control and even reverse the CNV. However anti-VEGF therapy does not stop or reverse the vision loss caused by adult-onset vitelliform macular dystrophy, only the extra vision loss that is due to also developing CNV.

Although vision loss is usually slow, when vision is impaired significantly, people with adult-onset vitelliform macular dystrophy may be referred for low vision testing and rehabilitation. Low vision rehabilitation can help maintain and optimize reading ability and improve overall quality of life.

The majority of cases with an identified family history or genetic cause are inherited in an autosomal dominant manner. This means that in order to be affected, a person only needs a change (mutation) in one copy of the responsible gene in each cell. In some cases, an affected person inherits the mutation from an affected parent. Other cases may result from a new (de novo) mutation in the gene. These cases occur in people with no history of the disorder in their family. When caused by a known mutation inherited in an autosomal dominant manner, a person with adult-onset macular dystrophy (AVMD) has a 50% chance with each pregnancy of passing along the altered gene to his or her child.
The inheritance pattern of AVMD can be confusing as not all individuals with AVMD have a family history and not all individuals who inherit a causative gene mutation develop symptoms.
Learn More About This Condition 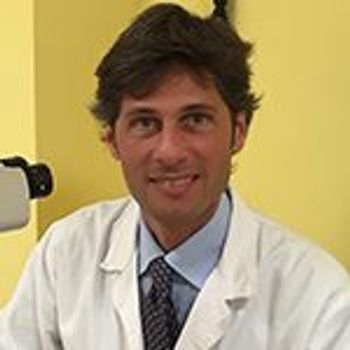 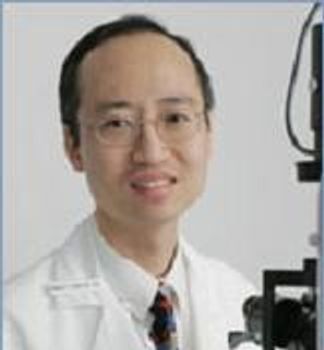