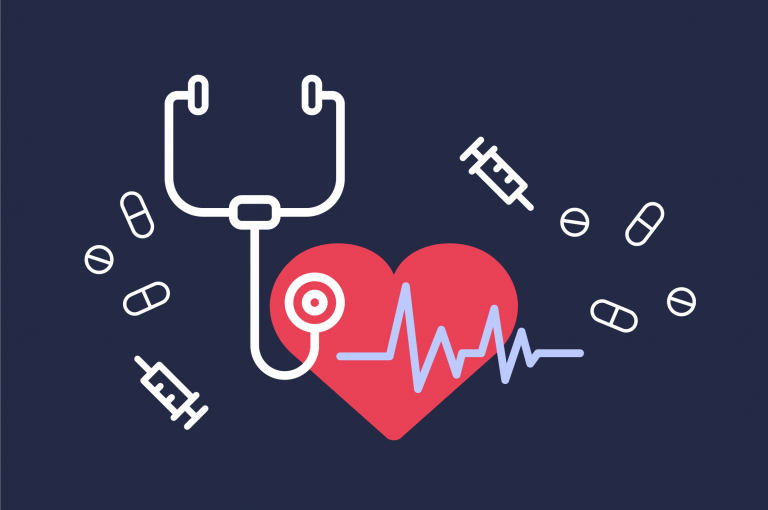 In the last decade, the U.S. has taken measures to improve healthcare and the consumer experience. However, a recent study shows that only seven percent of Americans are satisfied with the current healthcare system. The desire for change even crosses political lines as six out of 10 people from multiple political affiliations all agree the healthcare system needs changes or a complete overhaul.

The public perception of U.S. healthcare also hasn’t changed much since 1994. According to a Gallup poll, seven in 10 think the current healthcare system is “in a state of crisis” or having “major problems,” with similar sentiments expressed for almost the last thirty years.

What are the biggest problems with U.S. healthcare? Below are eight of the top issues.

According to The Commonwealth Fund, even though U.S. healthcare costs are the highest among comparable countries, it underperforms in most verticals. While the U.S. scores high on patient-centered care, it scores lower on safe and coordinated care, driving the U.S. quality score down. Here are some of the quality issues.

A recent study by Johns Hopkins analyzed medical death rate data for eight years and found that medical errors are to blame for more than 250,000 deaths per year in the U.S. This accounts for 10% of all U.S. deaths and makes it the third leading cause of death after heart disease and cancer.

The U.S. ranked last on the Healthcare Access and Quality (HAQ) Index in amenable mortality among eight other comparable countries. Amenable mortality measures premature death that is preventable and treatable by effective and timely care. The HAQ index is a scale from 0 (worst) to 100 (best) and measures preventable mortality rates for 32 causes of death. A higher rating suggests fewer deaths due to a higher standard of care and access.

Fraud and cover-ups are rampant in the U.S. healthcare system. A significant problem is upcoding which becomes a tug-of-war between providers and insurance providers, with policyholders stuck in the middle. Providers “upcode” a procedure to get more money from insurance companies, but insurance may charge higher premiums to employers, and tighten its belt when paying consumers. Health consumers get stuck in the middle without any control over health outcomes and pricing.

With a lack of accessible information on doctor credentials and accomplishments, health consumers cannot easily find a good doctor. Consumers rely on uninformed online reviews that can help with assessing traits like staff friendliness and wait times. But, these platforms do not offer critical information such as information about health conditions consumers may be facing, the right doctors with skills treating those conditions, and how to assess a physician’s skill level in helping them with their health maladies.

The U.S. ranks highest in healthcare costs among comparable countries. .

According to annual report data from the Health Cost Institute, average healthcare prices have increased year over year, with rates that were 15.0% higher in 2018 compared to 2014.

In 2018, U.S. firms and consumers spent 10% of GDP on healthcare—and this number has risen over the years. The Centers for Medicare & Medicaid Services (CMS) Office of the Actuary predicts that national healthcare spending in the U.S. (avg. annual rate of 5.4%) is expected to outpace GDP growth (avg. yearly growth rate of 4.3%) until the year 2023. Spending reached $3.81 trillion in 2019 and is predicted to reach $6.19 trillion in 2028 and account for 19.7% of the GDP.

The International Federation of Health Plans (iFHP) and member companies, in partnership with the Health Care Cost Institute (HCCI) in the United States, published the International Comparison of Health Prices Report. The report compares the median costs for health services in nine countries. Aside from two outliers (the cost of the drug Kalydeco in the UAE and cataract surgery in New Zealand), every drug and procedure surveyed cost substantially more in the U.S.

One example is hospital admission prices for a C-section, which costs $15.0K in the U.S. The country with the next highest cost for C-sections is Australia at $8.4K, and the lowest cost among the nine countries is $3.2K in South Africa.

Unfortunately, the situation is not any different for several other procedures examined, such as hip/knee replacement, appendectomy, childbirth and delivery, bypass surgery, and angioplasty. Aside from childbirth via normal delivery, which is only $2.2K more in the U.S. than the UK, other procedures are close to or more than 50% higher in the U.S.

Why is the cost of U.S. healthcare so high?

The need for resources to train and manage new Electronic Health Records (EHR) and Electronic Medical Records (EMR) systems have increased due to the cost of operations and personnel needed to manage and operate the new systems.

The U.S Department of Health and Human Services estimated that prescription drug spending topped $457 billion in 2015, which accounted for 16.7% of personal healthcare service expenditures. Diagnostic testing is also high as the fear of being sued can prompt physicians to prescribe more diagnostic tests, which increases costs. .

6. A Lack of Insurance Coverage

Uninsured Americans face more health hardship than insured Americans. As reported by healthypeople.gov, a division of the Office of Disease Prevention and Health Promotion, the uninsured may not seek medical care due to high cost and may forgo preventive care and regular health screenings, negatively affecting health. Children are also less likely to access preventive services or receive care for treatable conditions like asthma..

7. The Nursing and Physician Shortage

It’s a supply and demand issue. Data published by the Association of American Medical Colleges (AAMC) postulates that the U.S. will experience a shortage of between 54,100 and 139,000 primary and specialty care physicians by 2033 as the demand increases.

The AAMC quotes AAMC President and CEO David J. Skorton, MD, as saying, “This annual analysis continues to show that our country will face a significant shortage of physicians in the coming years. The gap between the country’s increasing health care demands and the supply of doctors to respond adequately has become more evident as we continue to combat the COVID-19 pandemic. The challenge of having enough doctors to serve our communities will get even worse as the nation’s population continues to grow and age.”

The AAMC findings report that more than two in five active physicians will reach retirement age in the next 10 years, pushing the demand/supply ratio further. Physician burnout may also force providers to retire sooner. .

A different perspective on solving the shortage crisis

According to the Harvard Business Review, hiring more doctors does not solve the problem, although physician shortage remains a constant threat. The main issue involves the following:

Adapted and revised from the Harvard Business Review

In addition to the above, medical errors and administrative inefficiencies also contribute to wasteful practices. .

A 2017 international healthcare comparison report published by The Commonwealth Fund reported that the U.S. ranks 10th among 10 comparable countries in Administrative Efficiency. Doctors spend unnecessary time updating EHRs and coordinating with insurance companies due to coverage restrictions (each plan differs in coverage options), which wastes money and resources.

Improving Healthcare in the United States

Though we covered eight different healthcare problems, most are interconnected, meaning if it’s possible to improve one, the others follow suit. .

Despite practices intended lower U.S. healthcare costs, costs are still high because driving them down is a complex operation. In reducing costs for consumers, we also reduce revenue for providers. A straightforward solution is to provide health consumers with information to better their health and lower the risk of preventable conditions. Lower demand for health services will drive prices downward.

According to the Managed Healthcare Executive, strengthening the relationship between insurance companies and consumers may also reduce costs and increase transparency. A healthy relationship will cause consumers to trust payers with recommendations, empowering consumers to make better decisions that improve health and reduce costs in the long run.

When health consumers have all the facts, they are likely to make better, more educated decisions that can lead to a higher quality of care. Primarily, consumers are driving the decisions, instead of the other way around.

McKinsey also reported that the cost of elective surgeries had decreased 10-15% over the last 10 years due to new technology that reduced the procedure duration. In contrast, the cost of nonelective procedures has nearly quadrupled in the previous 10 years. How could more transparency positively affect nonelective surgeries if driven more by consumer needs, fueled by transparency?.

One of the most critical healthcare initiatives is improving the quality of care.

As reported by John Hopkins Medicine, Martin Makary, M.D., M.P.H., professor of surgery at the Johns Hopkins University School of Medicine, states that “Unwarranted variation is endemic in health care. Developing consensus protocols that streamline the delivery of medicine and reduce variability can improve quality and lower costs in health care. More research on preventing medical errors from occurring is needed to address the problem.”

Research suggests that medical errors are not a byproduct of “bad” doctors, but rather things like systemic issues, poorly coordinated care, and variations in physician care that lack accountability.

As mentioned before, investing in better education around the relationship between a healthier lifestyle and preventable conditions can also improve health outcomes. But, we are still dealing with excessive medical errors and an inability for health consumers to find the highest quality care. Several organizations have championed the fight for a higher quality of care by making healthcare providers more accountable with data accessible to the masses. Putting control of one’s health back into the hands of the people seeking it is one measure that improves the quality of care..

Quality of care also connects to finding the right doctors with enough experience to treat a condition properly. The patient journey should not entail “testing” doctors until outcomes are positive. Time is not a luxury health consumers can afford, especially if they are dealing with life-threatening conditions such as a rare cancer, which makes finding the right oncologist essential.

Improving patient experience means getting them more connected to the physicians and providers who are most qualified to help them where they are in their unique patient journeys. The problem is that a doctor’s expertise is not evident in a quick search through online reviews. Expertise is determined by factors such as the physician’s research (current and past), the volume of patients seen with a particular condition, expert status for a condition, connectedness with other doctors treating a condition, and more. These factors are not readily accessible to consumers and would require hundreds of hours of research to compile. This is why we created MediFind, where accessing this current data is as easy as a few clicks of the mouse.

MediFind takes the guesswork and time out of finding the best doctors. It enables users to quickly identify health experts specific not only to location, but also to health condition and specialty (such as gastroenterology or pulmonology), all within one interface. Using cutting-edge machine learning techniques, MediFind also sifts through a mass of data to bring back the best findings to help consumers learn about new studies and treatments on more than 7,000 conditions.

Here at MediFind, our goal is to get health consumers the information they need, quickly and easily. With more detailed information, they can make higher quality decisions, which leads to a better consumer experience and outcomes.

Hope for the Future

We have a long way to go to make healthcare in the U.S. safe, effective, and affordable. We at MediFind are proud to do our part in joining this cause, putting control back in the hands of consumers and making the healthcare journey easier and more effective overall. We have optimism and hope for the future; join us in doing the same.