What is the definition of Albright's Hereditary Osteodystrophy?

Albright's hereditary osteodystrophy (AHO) is a rare disorder with a wide range of signs and symptoms, including , obesity, round face, subcutaneous ossifications (formation of bone under the skin), and short fingers and toes (). When the dis ...

What are the alternative names for Albright's Hereditary Osteodystrophy?

What are the causes for Albright's Hereditary Osteodystrophy?

Albright's hereditary osteodystophy (AHO) is caused by spelling mistakes ( in the GNAS . This gene is responsible for creating a subunit of a certain protein called a G protein. The G protein helps regulate the activity and production of certain hormones. It is also involved in regulating the development of bone and helps prevent the body from producing bone tissue in the wrong place. Thus, a mutation in the GNAS gene leads to abnormal creation of the G protein, which then leads to issues with the activity of certain hormones in the body and abnormal bone growth.

What are the symptoms for Albright's Hereditary Osteodystrophy?

Albright's hereditary osteodystophy is a genetic disorder that can cause many different symptoms. People with this disorder usually have short stature, obesity, round face, short bones in the hands and feet (brachydactyly), subcutaneous (under the skin) ossifications (replacement of cartilage by bone), and dimples on affected knuckles. Some people may have mild developmental delay.

People with this disorder usually are resistant to parathyroid hormone (which is a condition called pseudohypoparathyroidism). This causes low levels of calcium in the bones and the blood. Low levels of calcium in the blood (hypocalcemia) can cause numbness, seizures, cataracts (cloudy lens in the eye), dental issues, and tetany (muscle twitches and hand and foot spasms).


What are the current treatments for Albright's Hereditary Osteodystrophy?

This condition is inherited in an autosomal dominant manner. This means that having a change (mutation) in only one copy of the responsible gene in each cell is enough to cause features of the condition. There is nothing that either parent can do, before or during a pregnancy, to cause a child to have this condition. In some cases, an affected person inherits the mutation from an affected parent. In other cases, the mutation occurs for the first time in a person with no family history of the condition. This is called a de novo mutation.When a person with a mutation that causes an autosomal dominant condition has children, each child has a 50% (1 in 2) chance to inherit that mutation.

People normally inherit one copy of each gene from their mother and one copy from their father. For most genes, both copies are active, or 'turned on,' in all cells. For a small subset of genes, however, only one of the two copies is active. For some of these genes, only the copy inherited from a person's mother (the maternal copy) is active, while for other genes, only the copy inherited from a person's father (the paternal copy) is active. These differences in gene activation based on the gene's parent of origin are caused by a phenomenon called genomic imprinting.  resistance and, in particular resistance to parathyroid hormone (PTH), only occurs when the from the mother (a condition called pseudohypoparathyroidism type 1a (PHP1a)).
Learn More About This Condition 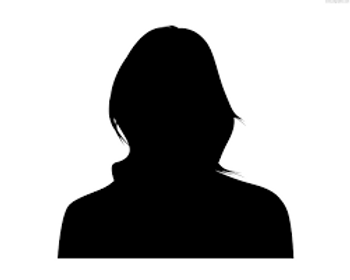