What is the definition of Alkaptonuria?

Alkaptonuria is an inherited condition that causes urine to turn black when exposed to air. Ochronosis, a buildup of dark pigment in connective tissues such as cartilage and skin, is also characteristic of the disorder. This blue-black pigmentation usually appears after age 30. People with alkaptonuria typically develop arthritis, particularly in the spine and large joints, beginning in early adulthood. Other features of this condition can include heart problems, kidney stones, and prostate stones.

What are the causes for Alkaptonuria?

Mutations in the HGD gene cause alkaptonuria. The HGD gene provides instructions for making an enzyme called homogentisate oxidase. This enzyme helps break down the amino acids phenylalanine and tyrosine, which are important building blocks of proteins. Mutations in the HGD gene impair the enzyme's role in this process. As a result, a substance called homogentisic acid, which is produced as phenylalanine and tyrosine are broken down, accumulates in the body. Excess homogentisic acid and related compounds are deposited in connective tissues, which causes cartilage and skin to darken. Over time, a buildup of this substance in the joints leads to arthritis. Homogentisic acid is also excreted in urine, making the urine turn dark when exposed to air.

How prevalent is Alkaptonuria?

This condition is rare, affecting 1 in 250,000 to 1 million people worldwide. Alkaptonuria is more common in certain areas of Slovakia (where it has an incidence of about 1 in 19,000 people) and in the Dominican Republic.

Is Alkaptonuria an inherited disorder? 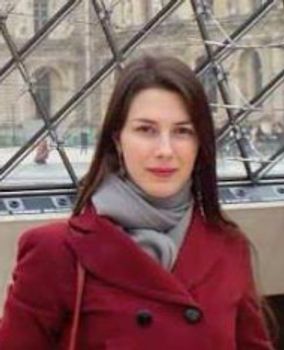 Clinical Trial
Dietary Supplement
An Acceptability Study to Evaluate the Adherence, Tolerance and Metabolic Control of Patients With Tyrosinaemia, When Using TYR Sphere (a Food for Special Medical Purposes (FSMP)) as Part of Dietary Management.
Clinical Trial
Other
Clinical, Biochemical, and Molecular Investigations Into Alkaptonuria
View All Clinical Trials