What is the definition of Andersen Disease?

Glycogen storage disease type IV (GSD IV) is an inherited disorder caused by the buildup of a complex sugar called glycogen in the body's cells. The accumulated glycogen is structurally abnormal and impairs the function of certain organs and tissues, especially the liver and muscles. There are five types of GSD IV, which are distinguished by their severity, signs, and symptoms.The fatal perinatal neuromuscular type is the most severe form of GSD IV, with signs developing before birth. Excess fluid may build up around the fetus (polyhydramnios) and in the fetus' body. Affected fetuses have a condition called fetal akinesia deformation sequence, which causes a decrease in fetal movement and can lead to joint stiffness (arthrogryposis) after birth. Infants with the fatal perinatal neuromuscular type of GSD IV have very low muscle tone (severe hypotonia) and muscle wasting (atrophy). These infants usually do not survive past the newborn period due to weakened heart and breathing muscles.The congenital muscular type of GSD IV is usually not evident before birth but develops in early infancy. Affected infants have severe hypotonia, which affects the muscles needed for breathing. These babies often have dilated cardiomyopathy, which enlarges and weakens the heart (cardiac) muscle, preventing the heart from pumping blood efficiently. Infants with the congenital muscular type of GSD IV typically survive only a few months.The progressive hepatic type is the most common form of GSD IV. Within the first months of life, affected infants have difficulty gaining weight and growing at the expected rate (failure to thrive) and develop an enlarged liver (hepatomegaly). Children with this type develop a form of liver disease called cirrhosis that often is irreversible. High blood pressure in the vein that supplies blood to the liver (portal hypertension) and an abnormal buildup of fluid in the abdominal cavity (ascites) can also occur. By age 1 or 2, affected children develop hypotonia. Children with the progressive hepatic type of GSD IV often die of liver failure in early childhood.The non-progressive hepatic type of GSD IV has many of the same features as the progressive hepatic type, but the liver disease is not as severe. In the non-progressive hepatic type, hepatomegaly and liver disease are usually evident in early childhood, but affected individuals typically do not develop cirrhosis. People with this type of the disorder can also have hypotonia and muscle weakness (myopathy). Most individuals with this type survive into adulthood, although life expectancy varies depending on the severity of the signs and symptoms.The childhood neuromuscular type of GSD IV develops in late childhood and is characterized by myopathy and dilated cardiomyopathy. The severity of this type of GSD IV varies greatly; some people have only mild muscle weakness while others have severe cardiomyopathy and die in early adulthood.

What are the causes for Andersen Disease?

Mutations in the GBE1 gene cause GSD IV. The GBE1 gene provides instructions for making the glycogen branching enzyme. This enzyme is involved in the production of glycogen, which is a major source of stored energy in the body. GBE1 gene mutations that cause GSD IV lead to a shortage (deficiency) of the glycogen branching enzyme. As a result, glycogen is not formed properly. Abnormal glycogen molecules called polyglucosan bodies accumulate in cells, leading to damage and cell death. Polyglucosan bodies accumulate in cells throughout the body, but liver cells and muscle cells are most severely affected in GSD IV. Glycogen accumulation in the liver leads to hepatomegaly and interferes with liver functioning. The inability of muscle cells to break down glycogen for energy leads to muscle weakness and wasting.Generally, the severity of the disorder is linked to the amount of functional glycogen branching enzyme that is produced. Individuals with the fatal perinatal neuromuscular type tend to produce less than 5 percent of usable enzyme, while those with the childhood neuromuscular type may have around 20 percent of enzyme function. The other types of GSD IV are usually associated with between 5 and 20 percent of working enzyme. These estimates, however, vary among the different types.

How prevalent is Andersen Disease?

GSD IV is estimated to occur in 1 in 600,000 to 800,000 individuals worldwide. Type IV accounts for roughly 3 percent of all cases of glycogen storage disease.

Is Andersen Disease an inherited disorder? 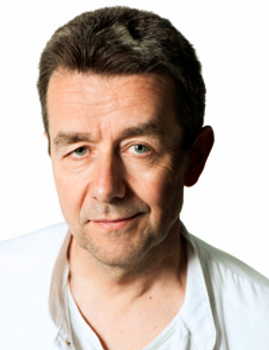