What is the definition of Avian Influenza?

Avian influenza A viruses cause the flu infection in birds. The viruses that cause the disease in birds can change (mutate) so it can spread to humans.

What are the alternative names for Avian Influenza?

What are the causes for Avian Influenza?

Since then there have been human cases of avian influenza A in Asia, Africa, Europe, Indonesia, Vietnam, the Pacific, and the Near East. Hundreds of people have become sick with this virus. Up to one half of the people who get this virus die from the illness.

The chance of a worldwide outbreak in humans goes up the more the avian flu virus spreads.

The Centers for Disease Control and Prevention reports 21 states with avian flu in birds and no infections in humans as of August 2015.

Your risk of getting the bird flu virus is higher if:

No one has gotten avian flu virus from eating properly cooked poultry or poultry products.

Health care workers and people who live in the same house as people with bird flu may also be at higher risk for infection.

Avian flu viruses can live in the environment for long periods of time. Infection may be spread just by touching surfaces that have the virus on them. Birds who were infected with the flu can give off the virus in their feces and saliva for as long as 10 days.

What are the symptoms for Avian Influenza?

Symptoms of avian flu infection in humans depend on the strain of virus.

The avian influenza virus in humans causes typical flu-like symptoms, such as:

What are the current treatments for Avian Influenza?

Treatment varies, and is based on your symptoms.

In general, treatment with the antiviral medicine oseltamivir (Tamiflu) or zanamivir (Relenza) may make the disease less severe. For the medicine to work, you need to start taking it within 48 hours after your symptoms start.

Oseltamivir may also be prescribed for people who live in the same house people with avian flu. This may prevent them from getting the illness.

The virus that causes human avian flu is resistant to the antiviral medicines, amantadine and rimantadine. These medicines should not be used in the case of an H5N1 outbreak.

People with severe infection may need to be placed on a breathing machine. People infected with the virus also should be kept separate from non-infected people.

Providers recommend that people get an influenza (flu) shot. This may cut down the chance that the avian flu virus will mix with a human flu virus. This might create a new virus that may easily spread.

What is the outlook (prognosis) for Avian Influenza?

The outlook depends on the type of avian flu virus and how bad the infection is. The disease can be fatal.

What are the possible complications for Avian Influenza?

When should I contact a medical professional for Avian Influenza?

Call your provider if you develop flu-like symptoms within 10 days of handling infected birds or being in an area with a known avian flu outbreak.

How do I prevent Avian Influenza?

There is an approved vaccine to protect humans from the H5N1avian flu virus. This vaccine could be used if the current H5N1 virus starts spreading among people. The US government keeps a stockpile of vaccine.

At this time, the US Centers for Disease Control and Prevention (CDC) does not recommend against travel to countries affected by avian influenza.

The CDC makes the following recommendations.

As a general precaution:

If traveling to other countries:

Current information regarding avian flu is available at: www.cdc.gov/flu/avianflu/avian-in-humans.htm.

Learn More About This Condition 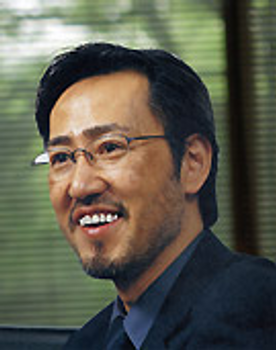