What is the definition of Malaria?

What are the alternative names for Malaria?

What are the causes for Malaria?

Malaria is caused by a parasite. It is passed to humans by the bite of infected anopheles mosquitoes. After infection, the parasites (called sporozoites) travel through the bloodstream to the liver. There, they mature and release another form of parasites, called merozoites. The parasites enter the bloodstream and infect red blood cells.

Most symptoms are caused by:

Malaria can also be transmitted from a mother to her unborn baby (congenitally) and by blood transfusions. Malaria can be carried by mosquitoes in temperate climates, but the parasite disappears over the winter.

The disease is a major health problem in much of the tropics and subtropics. The Centers for Disease Control and Prevention estimates that there are 300 to 500 million cases of malaria each year. More than 1 million people die of it. Malaria is a major disease hazard for travelers to warm climates.

What are the symptoms for Malaria?

What are the current treatments for Malaria?

Malaria, especially falciparum malaria, is a medical emergency that requires a hospital stay. Chloroquine is often used as an anti-malarial medicine. But chloroquine-resistant infections are common in some parts of the world.

Possible treatments for chloroquine-resistant infections include:

The choice of drug depends, in part, on where you got the infection.

Medical care, including fluids through a vein (IV) and other drugs and breathing (respiratory) support may be needed.

What is the outlook (prognosis) for Malaria?

Outcome is expected to be good in most cases of malaria with treatment, but poor in falciparum infection with complications.

What are the possible complications for Malaria?

Health problems that may result from malaria include:

When should I contact a medical professional for Malaria?

Call your health care provider if you develop fever and headache after visiting any foreign country.

How do I prevent Malaria?

Most people who live in areas where malaria is common have developed some immunity to the disease. Visitors will not have immunity and should take preventive medications.

It is important to see your health care provider well before your trip. This is because treatment may need to begin as long as 2 weeks before travel to the area, and continue for a month after you leave the area. Most travelers from the United States who contract malaria fail to take the right precautions.

The types of anti-malarial drugs prescribed depend on the area you visit. Travelers to South America, Africa, the Indian subcontinent, Asia, and the South Pacific should take one of the following drugs: mefloquine, doxycycline, chloroquine, hydroxychloroquine or atovaquone-proguanil. Even pregnant women should consider taking preventive drugs because the risk to the fetus from the drug is less than the risk of catching this infection.

Chloroquine has been the drug of choice for protecting against malaria. But because of resistance, it is now only suggested for use in areas where Plasmodium vivax, P oval, and P malariae are present.

For information on malaria and preventive medications, visit the CDC website: www.cdc.gov/malaria/travelers/index.html. 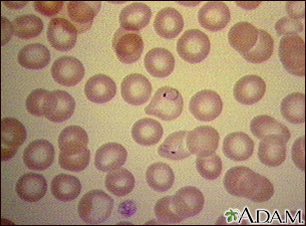 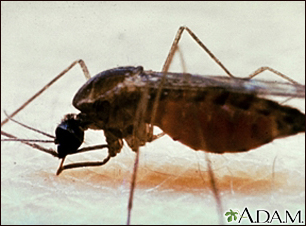 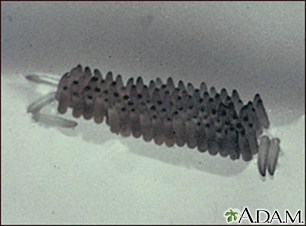 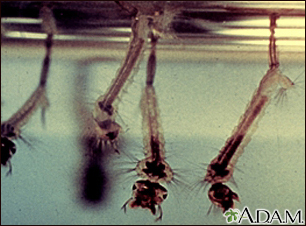 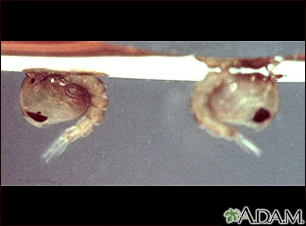 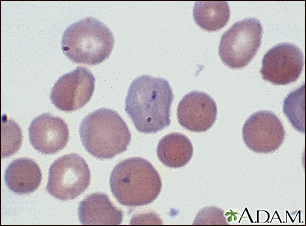 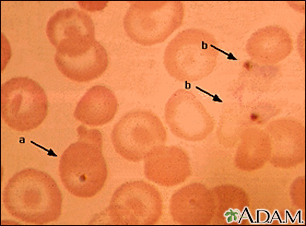 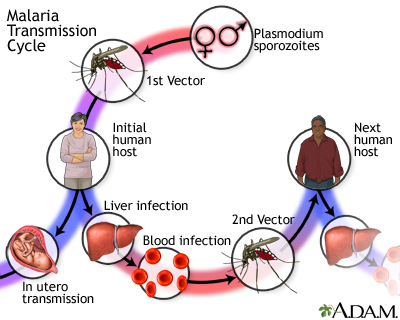 This study assessed the effectiveness and safety of atovaquone-proguanil alone or in combination with artemisinin drugs for the treatment of uncomplicated plasmodium falciparum malaria (mosquito-borne disease caused by a parasite).
This article reviewed the case of a woman with plasmodium falciparum malaria (mosquito-borne infectious disease) treated with artesunate.
View All Latest Advances